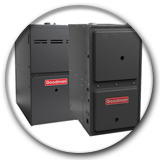 In 1954, Harold V. Goodman, founder of Goodman Manufacturing Company, L.P., became an air conditioning contractor in the rapidly growing city of Houston,Texas. As the steamy Gulf Coast city grew, so did Harold’s business, and by the late 1960s, he was one of the most successful HVAC contractors in the United States.

In 1975, Harold entered HVAC manufacturing with the formation of Goodman Manufacturing Company, L.P. The company began as a maker of flexible air duct and plastic blade registers. As this business grew successfully, however, Harold turned his sights to building HVAC equipment, recognizing the industry’s need for a high-quality, low-cost producer of central air conditioning systems.

As luck would have it, Harold learned that another HVAC manufacturer was closing its doors and selling off its manufacturing equipment. He quickly stepped in to purchase the shuttering company’s machinery, transported it to a large warehouse in Houston, and in 1982, Goodman entered the market as a manufacturer of central air conditioners and heat pumps. 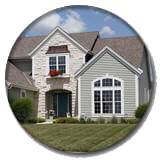 From the beginning, Harold was dedicated to building HVAC equipment that performed reliably, lasted a long time and solved many of the problems contractors encountered in the design of other companies’ equipment.

Call Laird and Son for a free consultation.

The philosophies he used to guide his company were simple:

These same principles guide Goodman today. We remain focused on providing high-quality products at an affordable price, and protecting them with what we believe to be some of the best warranties in the industry*. This clear focus has led to Goodman’s being a leading unit manufacturer of residential and light commercial heating and air conditioning products and systems in North America.

Harold Goodman was a contractor who built a large heating and air conditioning business in Houston, Texas in the 1960’s. And his success allowed him to design his own furnaces and air conditioners. He recognized a need for high quality, low cost equipment. He bought a manufacturing company that was closing its doors and in 1985 Goodman manufacturing was born. Harold had a vision of equipment that performed reliably, with longevity. He designed his machines with service technicians and installers in mind, making accessibility and common sense the priorities. He believed in low overhead, high quality components, and the best warranties in the business. 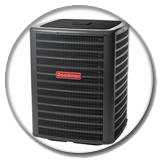 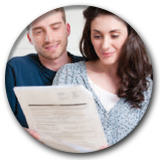 To this day you will not find or see a Goodman advertisement. The Goodman Company bases their success on word of mouth, on contractors preferring their brand because of price and quality. They do not spend money on advertising. They don’t need to. They are the largest furnace and air conditioning manufacturer in North America.

That’s right, larger than Lennox, Carrier, Trane or York. And if you look on Consumers Report you will discover that they rate as well as any major brand.